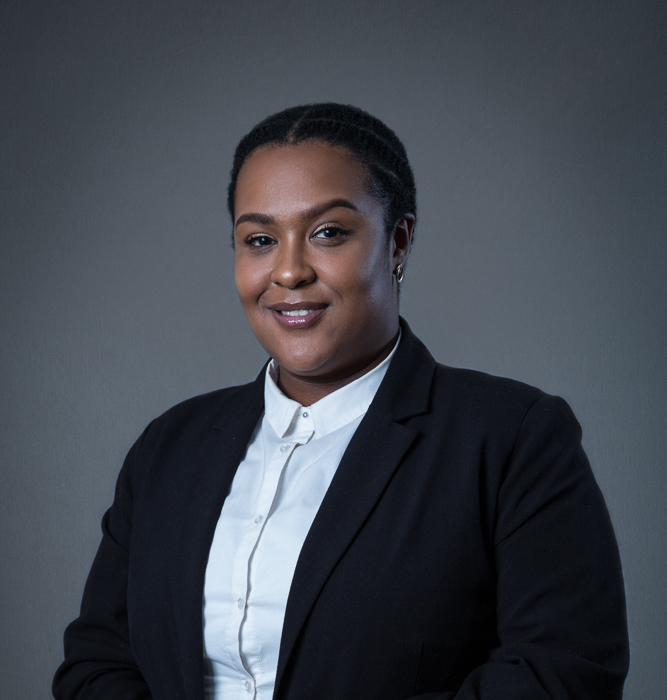 Kelly Leach is an Associate at our Claremont office, practicing in the Estates department. She graduated with an LLB from the University of the Western Cape in 2019.

Kelly is a young up and coming professional who has set her sights on the commercial sector, she also has a passion for personal law, as well as the property industry. Kelly joined STBB in 2019 and has been exposed to the drafting of legal documents and agreements within the property sector as well as the drafting of Wills and Trusts and has a vast background in legal research.

During Kelly’s years at University, she worked one-on-one with children within her community as a catechism teacher. She has also had the opportunity to assist in social changes in and around her community as a member of a non-profit organisation run by students who are dedicated to uplifting their surrounding communities called Shout. Kelly was also a member of Street Law, a student led organisation focusing on empowering vulnerable groups through legal education. She believes that her greatest accomplishment during her academic career, in partnership with other students and the UWC Alumni Relations Office, was securing the funding for over 93 students to complete their degrees and have food security for the duration of their studies in her final year.

For 4 years, Kelly was within the top five on the Deans merit list, which afforded her the UWC Deans list bursary for each year. She was also granted the opportunity of joining the Golden Key International Society after her first year at University, this was accompanied with an invitation to join the Top Achievers Society at UWC.

The Reserve Bank's Monetary Policy Committee announced just now that it has decided to cut the interest rate by 100 basis points, or one percent, which brings the repo rate